Impressions from the Tourism Fair in Belgrade 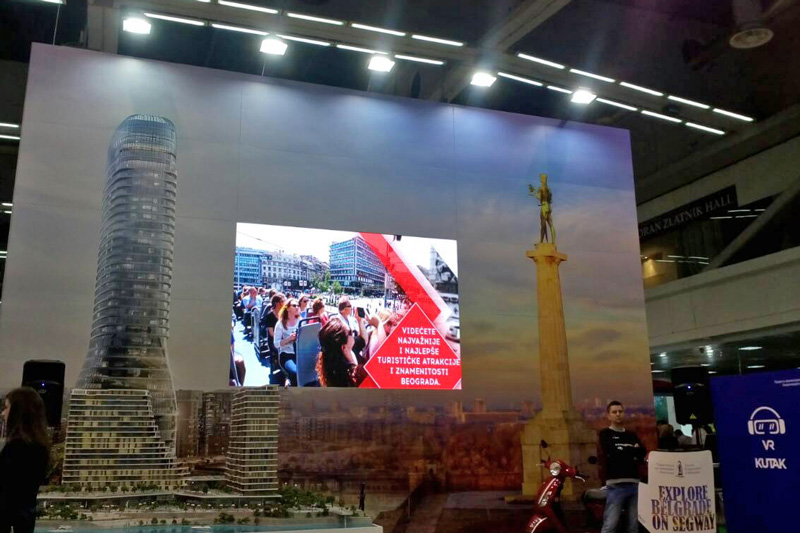 Behind us is another Belgrade International Tourism Fair, which marked its 40th anniversary exhibition with a program equally attractive to business visitors or to those who love to travel.

At the Tourism Fair in Belgrade, from 22 to 25 February under the slogan “A vacation is waiting for you!”, many exhibitors promoted the latest trends, programs for the upcoming summer season, news in the domestic and international tourism industry. The major travel agencies, associations and organizations, hotels, tourist centers, airline companies and international tour operators were able to showcase their ware to their best advantage. 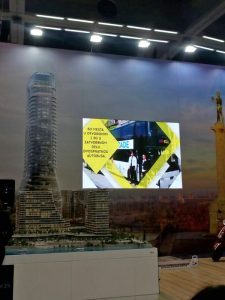 The partner country of the fair was Greece, one of the favorite destinations for domestic tourists. Countries that also had a chance to introduce themselves were Egypt, FYR Macedonia, Montenegro, Croatia, Turkey, Slovenia, Bulgaria, India, Tunisia, Hungary, Germany, the Russian Federation… For the first time in our country South Africa, Palestine, Morocco and Cameroon had stalls to demonstrate their tourism potential.

Belgrade Fair united all branches of the tourism industry, at the same time three events took place simultaneously with the Tourism Fair: the 9th International Wine Fair, the 14th International Fair of Hotel and Catering Equipment HORECA and the 14th Souvenir Fair “Visit Serbia“.
This is the most important tourist event in Serbia and Southeast Europe for 2018 according to numbers. Look at the following data: the exhibition space was 31,000 sqm which encompassed 1,200 exhibitors from 55 countries, the total number of visitors reached 70,000 people.

All the beauty of Serbia under one roof

Tourism is one of the most successful branches of our economy, and this was an ideal opportunity to represent all domestic destinations, attractions and beauties of Serbia, our mountains, spas, lakes, cities, history, culture and food in one place. At the stands of local exhibitors the visitors were able to find vacation opportunities catering to every taste. There were places for a quiet family vacation, fun, recovery, sport and recreation in fact all across the spectrum, in hotels, resorts and private accommodation to suit every budget. Using the latest technology, though interesting presentations, promotions and delicious food tasting, the upcoming festivals and important events were attractively announced and advertised.

The rich tourist potential of Zlatibor

On the stand of the Tourist Organization of Zlatibor, Čajetina’s JP Gold Gondola and the Municipality of Čajetina the diverse attractions of Zlatibor was showcased. The focus of the presentation was an active vacation and sports tourism. 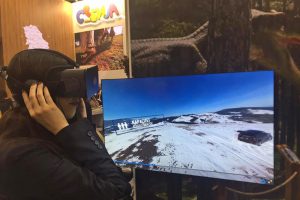 Visitors were able to get in VR (virtual reality) corner and for a moment find themselves on our most visited mountain, enjoying skiing on Tornik and the beautiful scenery, and also to ride the future route of the gondola that will link the center of Zlatibor, with its highest peak. Members of the Association of Sommeliers were preparing unusual cocktails using as main ingredients produce just from Zlatibor. Since Zlatibor is most frequently visited by families with children, one of the most interesting attractions for the summer season will be amusement parks: Adventure park and Dino park.
VTC activities at the fair

Over the four days representatives of our VTC team held numerous meetings with local and foreign partners and agreed on future cooperation. We renewed contact with the PR agency from Netherlands, had constructive talks with the people from the TO Zlatibor and TO Vojvodina, HORES and numerous media representatives and travel bloggers. We also participated in the creation of presentation of the company Redesign, which was shown at the stand of TO Belgrade, and is known for projects that in a modern way promote Serbian traditional products such as Rakia Bar, Rakia Fest, Rakia tour, BG Choco map…

We had a creative influence in presenting a unique event the “Belgrade Night Market”, that was made in cooperation with the JKP “Gradske Pijace”, as well as in events such as the Rakia Fest and new events that are being prepared such as Belgrade Bar Show and Serbika.

CNN has recommended Serbia as one of the ten destinations that must be visited this year, while we were among the 52 places to see in 2018 by The New York Times. VTC are well aware of the great tourist potential of Serbia and that’s why we are working on making Serbia an unmissable destination on the tourist map of the world.
If you want to join us in this mission and be part of our success story and for all additional questions and ideas for cooperation, please contact us at veselinov@vtc.rs