Belgrade on Rivers “From Bangkok to Las Vegas” 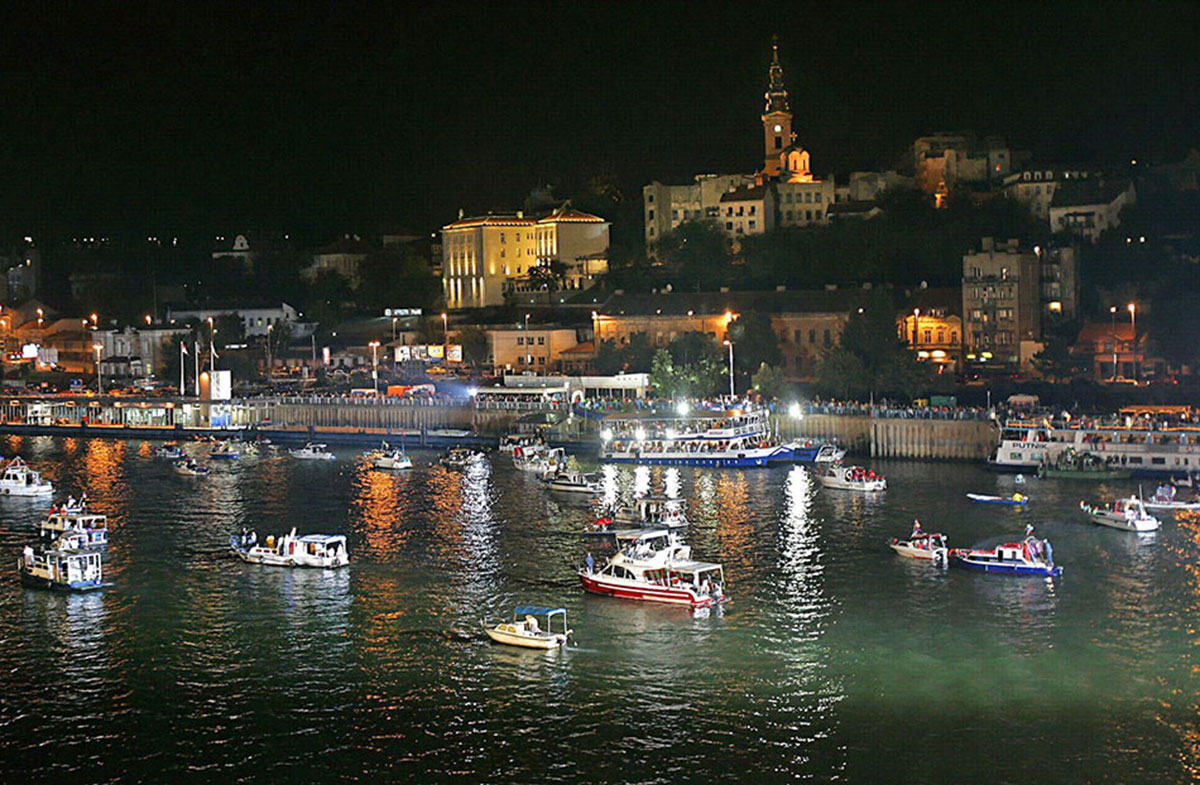 “From Bangkok to Las Vegas” is one of the titles of a journalist who stayed in Belgrade and who was probably charmed by the Belgrade rivers Sava and Danube, and the various contents that they offer. You can enjoy boat rides on the river and hear the interesting story about the history of the city built on the confluence of the rivers Sava and Danube, or walks along the rivers, jogs, bicycle rides etc. For those who love fishing, the rivers are rich with fish (catfish, perch, pike, and white fish) and it is possible to organize a fishing weekend, and there are boats available for those who like a fast ride. Another attraction of our rivers are boat cafes and clubs docked along the river.

The majority of these boats were opened during the 80s and 90s, and there are over 100 today. There are also smaller boats docked on the river, boathouses used as weekend cottages on the water, where the citizens of Belgrade spend their free time with their friends. The majority of these boathouses are located on the river Sava, between the Belgrade trade fair and the Ostružnica Bridge. If you happen to meet an owner of one of these boathouses, don’t miss the chance to spend some time in great company, with a homemade meal and swimming in the river Sava. The boat clubs along the river are mainly associated with the Belgrade nightlife, which isn’t far from the truth. However, during the day you can enjoy coffee and food there, including fresh river fish. But you will feel the real atmosphere at night, when the river comes to life and when the lights and the music from the bars and clubs become inviting. The music program on the boat clubs has something for everyone’s taste, from folk music to modern house and electronic tunes. The entrance is mostly free, except when there is a party organized with a famous DJ.

If you want your stay in Belgrade to be in a natural and relaxing environment, with some adventure, but near the city center and other attractive parts of the city, you can chose one of the hostels on the water (we recommend the Hostel Green House).